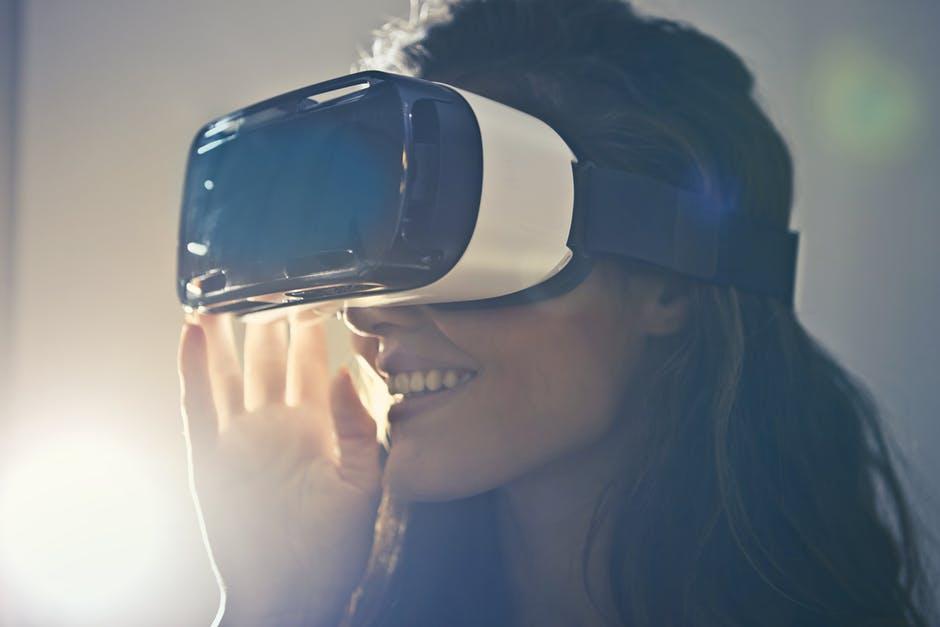 The internet is one of the most popular resources for home buyers. According to the National Association of Realtors, 95% of customers search for real estate online and 51% find their homes that way.

Augmented reality benefits real estate agents and those shopping for homes in both the local market and internationally. Clients are better engaged, and an engaged shopper is more likely to become a buying customer.

What Is Augmented Reality

The goal of augmented reality is to make buying and selling simple by combining the real world with virtual enhancements. When this goal is achieved the user cannot tell the difference between the real world and the virtual augmentation.

Some people believe augmented reality was born in the 1990s when virtual reality goggles became integrated into arcade machines. This allowed the game player to immerse themselves in stereoscopic 3D visuals of games. This later became popular with in-home gaming by the use of gaming headsets.

In reality, the first step toward augmented reality was in 1968 when Ivan Sutherland developed the first head-mounted display system.  In 1974 Myron Krueger built an artificial reality laboratory called Videoplace. Projectors and video cameras were combined to place users in an interactive environment.

Tom Caudell, a Boeing researcher, coined the term "augmented reality" in 1990. The timeline for AR works its way through the years as technology developed.

It was 1992 when Louis Rosenberg created virtual fixtures. This was one of the first augmented reality systems and was built for the Air Force. This allowed the military to control virtually guided machinery from a remote operating space.

In 2016 Pokemon Go moved augmented reality into the mainstream. The number of daily users grew to over 45 million within two months of going on the market. AR is now moving into the real estate field.

Augmented Reality (AR) is the result of digital information being used to enhance the real world. Computer-generated graphics, videos, text, and sounds are layered on top of the physical view. This augmentation allows users to experience the created world in real-time.

Augmented reality alters your reality, but reality still exists. Users are able to interact with apps that are on their smartphones, tablets, AR headsets, and AR glasses.

Virtual Reality (VR) is an entirely artificial created environment. VR replaces reality with a simulated environment. The computer-generated simulation of a three-dimensional image or environment can be interacted with using special electronic equipment, usually a helmet with a screen or gloves fitted with sensors or even your finger on a touch screen.

Current real estate tools do not effectively serve consumers or real estate agents. When a home is being sold, a listing with inactive photographs will not get as many clicks. This could mean these homes stay on the market longer and they could even decrease in value.

A listing that does not attract buyers will result in fewer in-home showings. Even if good property photographs are used, they will still not show the property to its fullest.

Text descriptions in a real estate listing tell very little about the property. Visiting each house listing in person is time-consuming for both the agent and the buyer. That is where AR can move the process forward. 3D Virtual Tours are interactive and offer a full representation of the property.

Speeding up the process for both shoppers and agents while making it convenient for potential buyers to see the most homes without personal contact is the wave of the future.

Potential buyers are able to tour a property using their smartphone or tablet. This can be done from any location where the buyer is located.

80% of Millenials have a desire to buy their own home. Millennials are a tech-inclined generation and augmented reality is the perfect way to grab their interest.

Buyers are able to narrow their selection of potential homes by ruling out houses that do not meet their needs.  This lowers the number of in-person showings for the client to attend, saving both the agent and buyer time.

When homes utilize 3D Virtual Tours, buyers who live in another county, state, or even in another country are able to "tour" the home. This is a benefit for those in the military, and anyone planning to relocate.

Luxury sales depend on a more immersive viewing experience. There might be fewer local buyers and more potential investors overseas. Homes have sold with a long distance buyer taking a 3D Virtual Tour and not seeing the actual home.

Augmented reality is good for pre-selling both built and unbuilt property. This results in a higher chance of closing a sale.

Augmented reality makes the renting of homes or apartments easy too. It is common for tenants to commit to a lease for an apartment viewed on AR. They are able to take a tour and more easily see what the space is like.

Augmented reality drives down the time involved in selling with fewer showings. It increases customer satisfaction, accelerating the sales process.

On websites like Hommati.com, real estate agents are able to analyze data from 3D Virtual Tours of real estate listings. This allows agents to see the number of people interacting with the property, times and locations and how long they visit the listing.

The agent  is able to see which call-to-actions are working, whether a potential buyer has booked a showing, made a purchase or shared the link. This information assists the realtor in developing better optimization for future listings.

AR is predicted to become standard practice in real estate within the next decade. It is good to beat the competition by using the latest innovative apps for selling homes.

Join the Future of Real Estate Buying and Selling

The visualization is only one of the ways augmented reality benefits real estate sales. AR has the ability to make or break the sale through the ease of shopping. Don't miss out on the reality of the future.